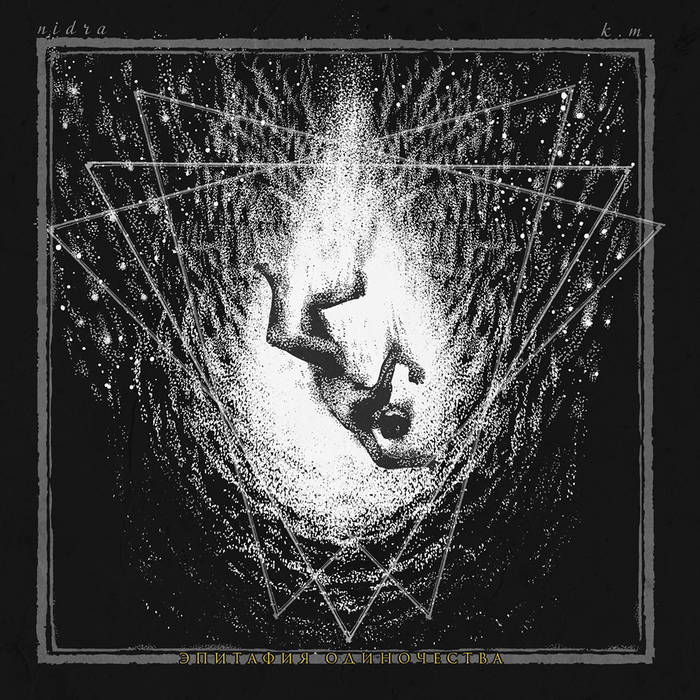 NIDRA: To be on our way is the most important thing, we are in this state, and our next stop can appear in absolutely other range of perception, but we went deep into doom metal namely in this point.
Compositions of this release present our view of doom metal in its various forms, whether it is funeral, atmospheric or experimental doom.
We are also glad to present Katharos, our companion for the split, who covered BETHLEHEM, the dark metal fathers, together with us especially for this release.

K.M.: Beginning of K.M. project was initiated long before its vigorous activity. The first and main project of a musician under a pseudonym Katharos, a band called EMPTINESS SOUL, was formed in 2010. For 4 years of existence, the project realized 6 stylistically different full-length albums. This stylistic variety of albums is not due to ignorance of the certain way for development, but because of his desire to express a number of various emotions and feelings, and embody them in various forms. As the result, in 2014, it encouraged to finish EMPTINESS SOUL’s activity and create some projects with a deeper message: LAUXNOS, THE HAPPINESS CAGE, REINCARNATION and K.M.
K.M. became a worthy continuation of EMPTINESS SOUL. The project released EP "Five Days of a Lethargic Sleep" in September 2014. Dark metal/neoclassic became a stylistic basis of the project. The topics of lyrics are based on solitude philosophy, and deep comprehension of own essence. Stereotypes, emotions, frameworks of human consciousness, all of this, is a never-ending source for reflections, and the aim of the author is to find room for it both in lyrics, and in a musical component of the project.
The release is published as CD limited to 500 copies. The album’s design is created by Paint It Black Design (BLACK LAKES, VIRGINS BLOOD OF CACHTICE, IN TENEBRIZ, GMORK, WITCHER and others); the booklet contains lyrics in Russian and English. Translation into English is done by Sergey AR Pavlov (ARKONA, ALKONOST, MUNRUTHEL, HAGL, MASTER (USA/Czech), RAVEN (U.K.)).

We would like to express our gratitude to those who helped us to create this recording.